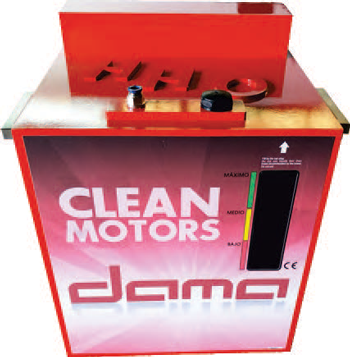 The Hydrogene Carbon Buster is a new and powerful way to clean an engine of carbon and deposits that collect around vital parts and contaminate an engine. These deposits have the effect of reducing the engine power, performance and efficiency.

After a Carbon Buster clean, the power and performance will be greatly improved, the fuel economy will increase and you can be sure the life of the engine components has been extended.

The Hydrogene Carbon Buster works by separating WATER through electrolysis when in contact with electric. A small amount of chemical is added to the water and the resulting gas is added to the engine inlet manifold whilst the engine is run for approximately 90mins.

Why is our Carbon Buster so infallible?

Hydrogene is a very powerful explosion and cleaning gas, obtained by separating water components through electrolyisis when in contact with electrical current.

The Carbon Buster needs to be connected to the car battery, as well as placing the hydrogene output tube at the air vent of the vehicle. Letting it work with the engine started between 90 and 120 minutes, the time may vary depending on the cc of the vechicle and the accumulated dirt in the engine.

The Carbon Buster eliminates all the carbon particles from the power, exhaust and valves seats systems.